Jake Harvie has performed on the world stage on more than 70 occasions.

The 24-year-old has three international goals to his name, and has stamped his position as a spearhead of the Kookaburras defence.

Harvie is one of 18 players set to don the green and gold in Birmingham for the Commonwealth Games in just a matter of weeks.

But the defender says his favourite time on the pitch rings much closer to home.

Set to play alongside younger brother Tom at this year’s Sultana Bran Hockey One League – the duo get to finally take the field together again.

The Dardanup pair played together growing up, for Westside Wolves in Perth and are now a chance to do so for the Perth Thundersticks.

“I think you often get asked who your favourite team to play for is,” Harvie says.

“The obvious answer is to play for Australia, it’s very exciting and an awesome opportunity.

“But I think for me some of my most enjoyable hockey is playing with Tom, regardless of if it’s club, state or national stuff.”

The Harvie boys come from a strong hockey bloodline – grandfather triple-Olympian Gordon Pearce and his four brothers all playing at the highest level between the 1950s and 1960s.

“I think [the love] partly comes from granddad having played so much of his hockey with his family,” Harvie says.

“He’s one of five – they came from India, and he’d never played any organised sport.

“The only hockey he actually ever played was in the backyard, and then obviously playing for Australia together, which is very special.

“That’s where I think their fondest memories come from, not from all the achievements or medals or titles, more so it’s just the fun they all had playing together.” 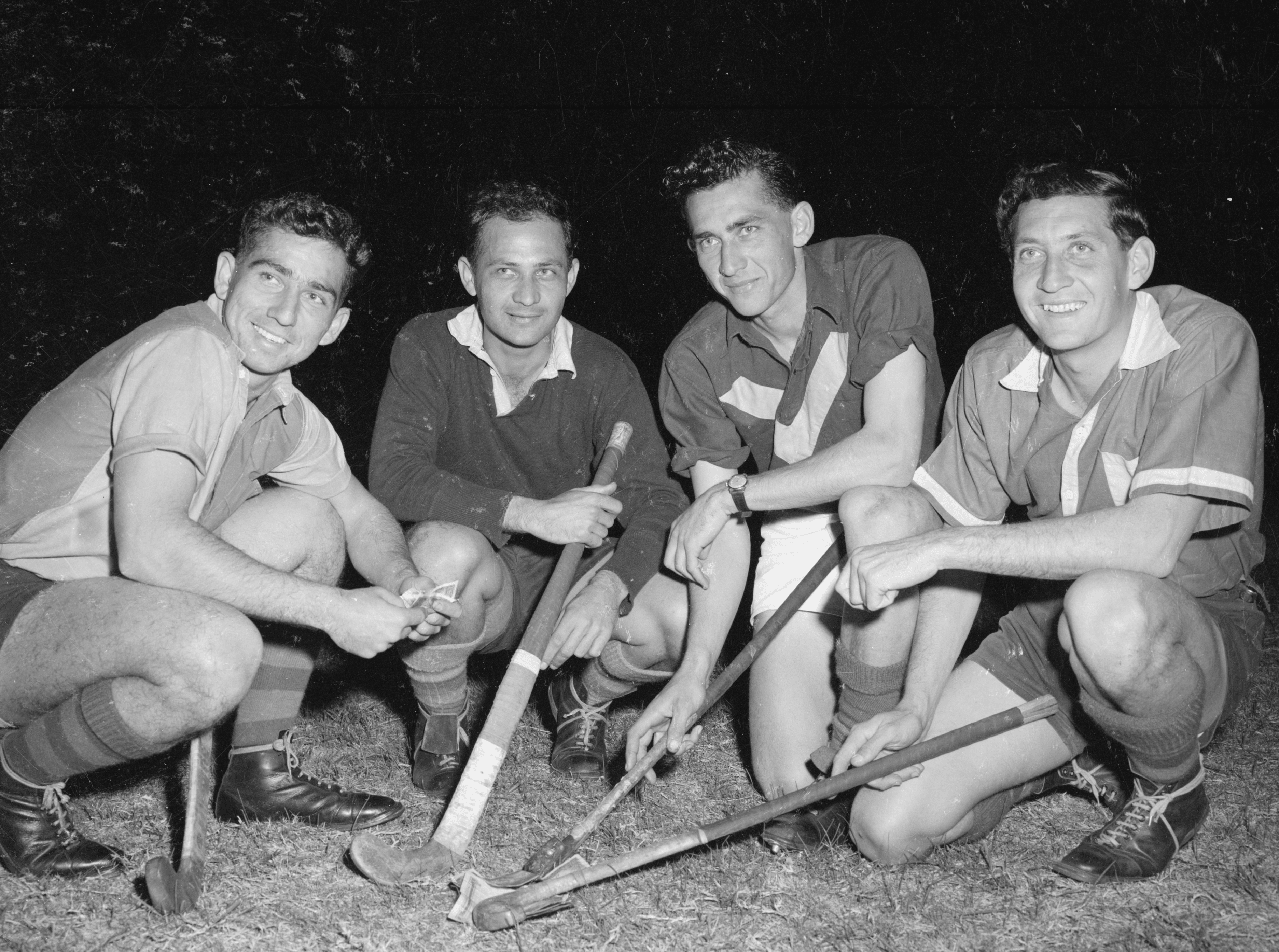 Harvie’s upbringing in the South West further emphasised the family side of hockey.

“Hockey in the country, it’s not quite as big as Perth, so you kind of know everyone across all of the grades,” he says.

“You are around a lot for weekend hockey, juniors into seniors is sort of a whole day family event.

The young star also attributes a large portion of his success to the mentors and role models he had growing up.

“[Country hockey] was really important to me,” Harvie says.

“There were some really good mentors of mine, as well as great adult figures and men in my life from the Boyanup Hockey Club.

“I really just loved it, and got to spend a lot of time around it, and have very fond memories of my time playing hockey in Bunbury.

Harvie represented Western Australia more than a handful of times at a junior level, before moving to Perth to further his

Following his successful junior career, Harvie made the move to Perth to further continue his hockey dream.

Hours on end of hard work led to a maiden Kookaburras appearance in 2017 – at just the age of 19.

After his first match against the Black Sticks in Bendigo, teammate Jeremy Hayward praised the efforts of Harvie and fellow debutants Tim Howard and Corey Weyer.

“We were happy with the three debutants, they were a bit nervous, we were excited to get them off to a good start,” Hayward told the Bendigo Advertiser.

“They bring a lot of energy and excitement [and] they’re young, which is a good thing to bring into a senior group.”

Fast forward to this year – Harvie is poised to make his return to the Thundersticks after a COVID-induced hiatus.

“We have probably been quite disappointed with how we have performed as a Thundersticks group over the last couple of years – aside from the COVID delays.

“So we’re all very much looking forward to putting out a better performance this year and it’s really exciting to have such an experienced coach as Guesty (David Guest) on board.”

The youthful back is getting too ahead of himself just yet, with focus on the near future for now.

But Harvie says he is looking forward to returning to the black and gold.

“I think for me all hockey is really important to try and put my best foot forward,” he says.

“Regardless of the outcome, it’s really about trying to better my potential and raise my level so I’m looking forward to doing that internationally over the next month.

“At the same time, I have always had a lot of pride representing WA,” Harvie says.

“I think my focus over the next month is definitely purely playing internationally for Australia.